Miter Saw vs Chop Saw – Who is the Best Companion?

But the truth is stranger than fiction – these two saws have some evident differences that draw the comparison. It would be, thus, wise to understand the differences before you make a purchase.

The professional woodworkers, at times, might be confused and can make the wrong choice while selecting miter saw vs. chop saw, as both are quite similar in their appearances. Let this guide help you select the one as per your needs.

Miter Saw vs Chop Saw: What are they used for? 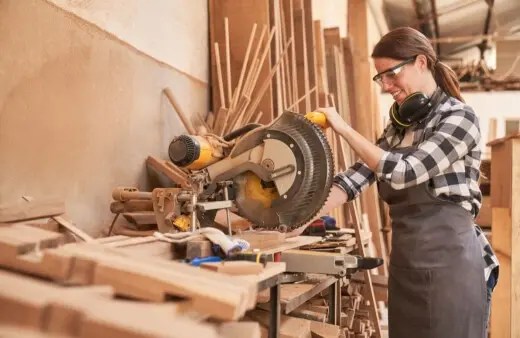 Let us take a look what are the purpose of these saws. How they have become a large part of the woodworkers and why they are so confused to choose one over the other?

When to Use a Chop Saw?

The chop saw is something powerful as a tool, but makes cut with a downward movement and have a chopping motion. It consists of two parts, a blade and a base that supports the material you are cutting.

People, generally, use it for cutting metals and strong woods. For home-building and framing work, nothing can be better than a chop saw. It is perfect for cutting large chunks of wood or metal. It only cuts in 90 degrees and faster as compared to other saws.

These tips for using a chop saw can be helpful:

When to Use a Miter Saw?

On the other hand, a miter saw can create cuts with angle and bevel cuts. It also comes with a blade and a base. The blade on the miter saw rotates as much as possible.

A miter saw comes with versatile and multi-purpose tool options. This saw allows making precise and consistent cuts at a straight and angled position. You can use it for lumber cutting, molding, cross cutting and framing activities.

If you can tell the differences between a miter saw and chop saw, you can make a better purchase, finish the projects faster and more efficiently.

A beginner cannot distinguish between miter saw and chop saw, as both come with round blade and firm base. However, the close observation will show that the blade of a chop saw is large and has a grinding wheel-like disc fitted in it. The blade of a miter saw is finer and ideal to make cutting angles and clean cuts.

When you are looking for a saw, you need to remember that the blade of a chop saw always stays at 90-degree angle to the base, which performs straight cuts. However, the axis of a miter saw can turn to make the cut at various angles.

A chop saw is a little larger than a miter saw, and comes with more power. It comes with a bigger motor with more torque and larger blades. Miter saw has more finesse cutting tools to produce clean cuts for molding, framing and piping projects. 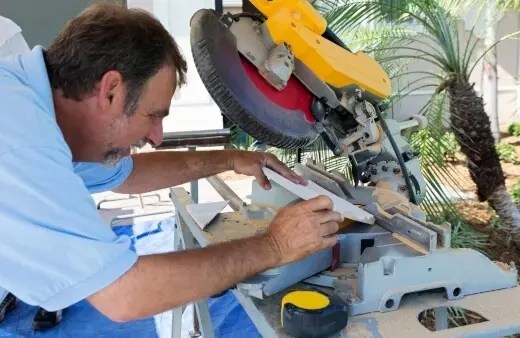 Check for their Basic Configurations

Material they Can Dice

A chop saw is a multipurpose and powerful cutting tool that can chop from cardboard boxes to metals and even thick pieces of lumber. Miter saws are perfect for small and medium size cutting. They cannot cut through metals, so it is best for using at home.

Now You Know the Difference Between Miter Saw vs Chop Saw

Are you also looking into table saws as another option for your workshop? Check out our article on table saw vs miter saw to find if the former is what you might actually need.

Hope you have understood the basic difference between a miter saw vs chop saw. It will help to distinguish between the two with a clear underline.

It is tough to decide since they both look almost similar, but if you want power and work on larger pieces of wood and metal, opt the chop saw.

However, for daily needs in small projects at home, a miter saw is the best option one can have. Share your comments below and pose questions about miter saw vs chop saw if any. 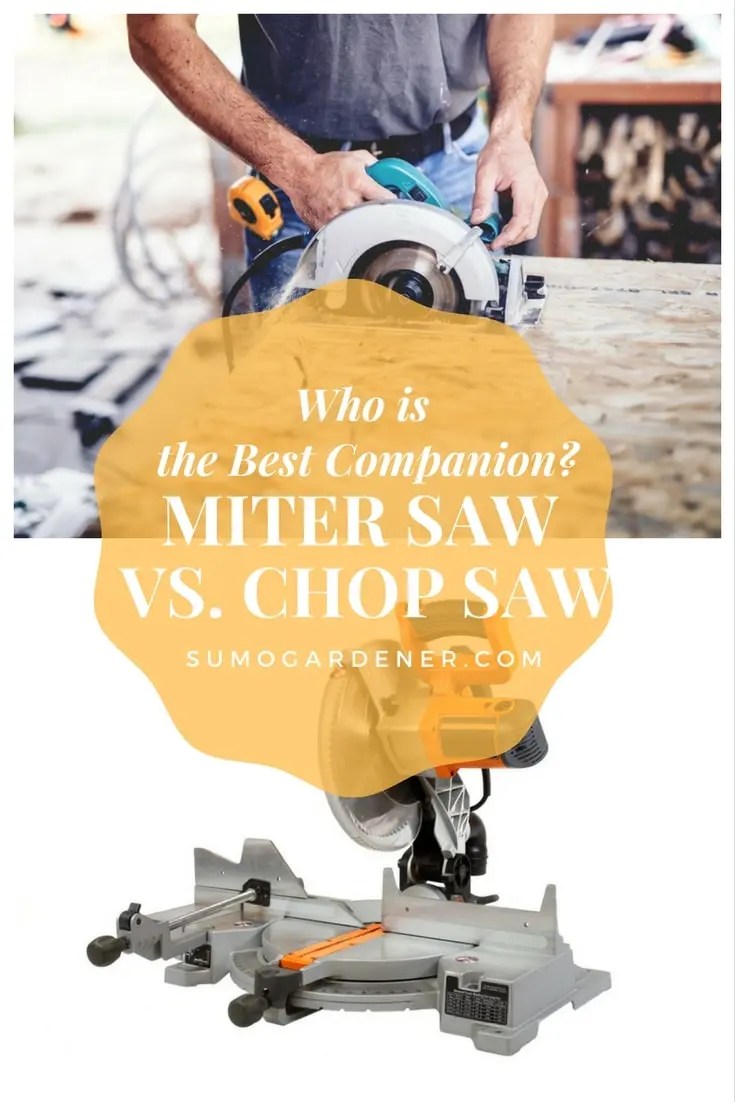 5 Best Chainsaw Chains for Home and Professional Use

5 Best Rooting Hormone to Use for Propagating Cuttings in 2022

Previous Post Track Saw vs Table Saw – Which One to Choose? Next Post 7 Amazing DIY Uses for Old Garden Hose