What To Do In The Garden In Spring?

As spring arrives, you need to pay extra attention to your garden. While this season can promise great plant growth, there are also several issues to deal with. Thus, let’s take a look at the many activities you can do when are gardening in spring. 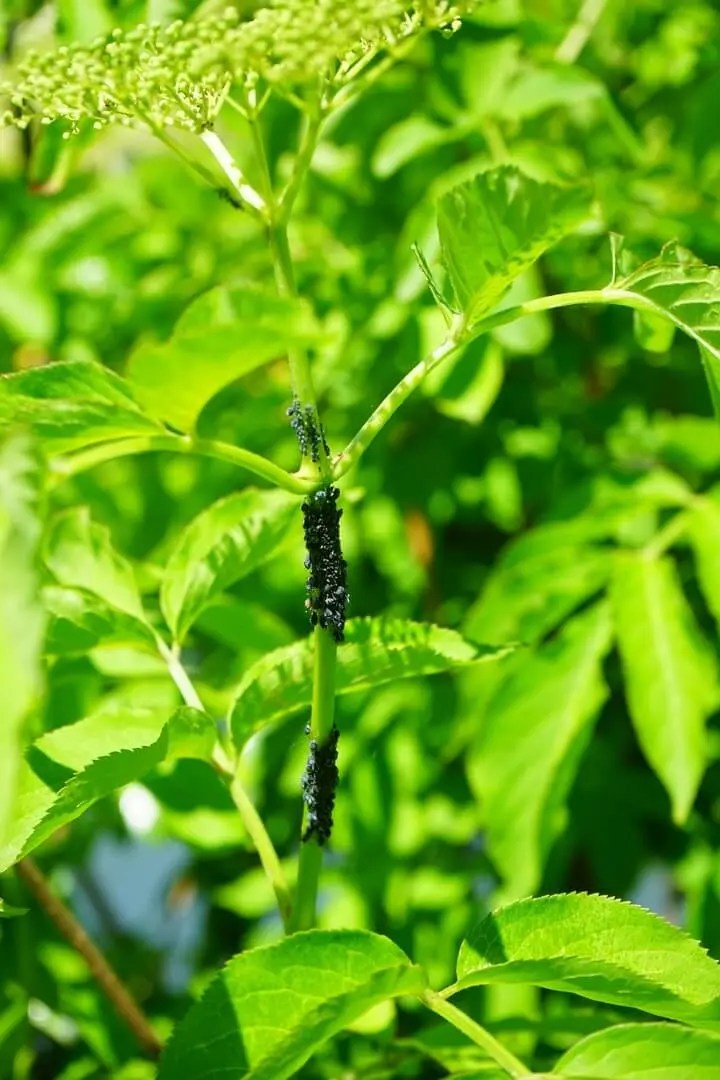 While pests in spring won’t be as plentiful as they are in the summer season, you still need to pay attention to certain pests such as cutworms, maggots, slugs, and wireworms.

Cutworms move up to the soil surface at nighttime to eat seedlings and newly transplanted crops, especially peppers.

To stop the cutworms from feeding off your plants, you can position several rings of lightweight cardboard – known as cutworm collars – around the plants.

Second, maggots can wreak havoc on your cabbages, radishes, Brussels sprouts, onions, and sweet corns. Maggots are born on your crops when eggs were placed there by flies.

They feast on the root systems of your plants, which negatively affects the overall plant growth. One way to control a maggot infestation is through the application of diatomaceous earth around the stems of your seedlings.

A preventive method is to get some yellow sticky traps to capture the mature flies and stop them from laying eggs in the first place.

Third, the soft and slimy slugs reside in moist areas in the daytime, and then they eat the plant leaves on relatively warm nights. If you see a lot of these pests in your garden, you should water and mulch adequately.

Remember not to apply too much mulch as this can attract even more slugs. Likewise, you can place cardboards and newspapers between garden rows.

The slugs will seek shelter underneath these materials. Thus, you just have to lift them when the sun is up and then lead the slugs into a container filled water and soap.

Lastly, the dark and thin wireworms are most likely to appear if you have just turned a part of your lawn into a garden. They will damage the root systems, but you can kill them off with an application of soil insecticide. 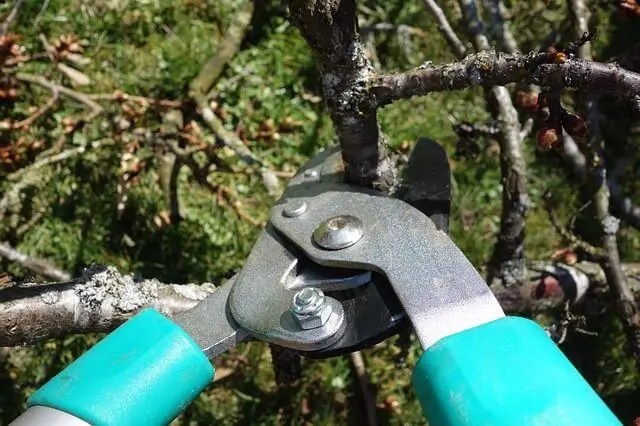 Pruning tree is best done during their dormant stage. If your trees begin to bloom or develop buds during spring, you must be careful. Doing it extensively can expose them to pests and plant disease.

In particular, certain trees are better off not being trimmed during spring. For example, oak trees pruned in spring could suffer more from oak wilt while honeylocust trees could succumb to stem cankers.

In addition, sycamore trees might develop anthracnose while elm trees get the Dutch elm disease.

Trees and Ornamental Grasses for Pruning

In contrast, other trees need pruning during this season. Pruning young trees by removing the broken branches can enhance their structure. In addition, late spring is a good time for pruning walnut trees, birch trees, and maple trees.

If you prune them during winter, a lot of sap is released. This isn’t actually harmful, but it doesn’t offer a clean pruning operation either. If you prune in spring, these trees won’t release much sap.

Similarly, the following trees should be pruned in spring as soon as they have finished blooming: magnolia, lilac, apricot, chokecherry, dogwood, juneberry, and crabapple trees.

In general, you can trim your trees in spring, but only as much as 10 percent of the branches. By pruning the trees in spring, you get to shape them to enhance the overall appearance of your garden.

More importantly, you get to remove any damaged or rotten tree branches. As for ornamental grasses such as regal mist and deer grass, they should be pruned in early spring.

This is the season when they will have active growth. By trimming them, you can separate the newly growing blades from the dry seed heads. The ornamental grasses won’t look good for a couple of weeks, but they will return to their original form soon after. 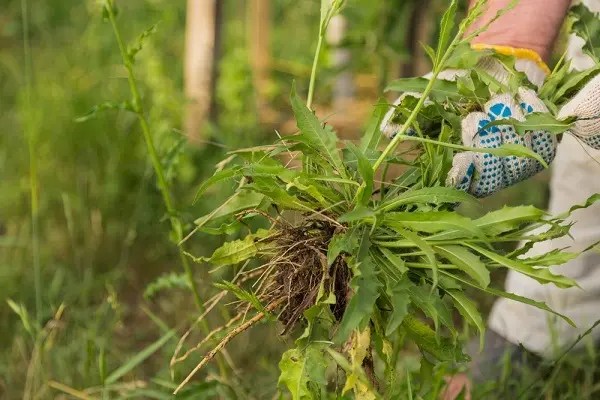 Many plants switch to their active growth periods in spring, but so do the weeds that can be bad for your garden. First, the broadleaf plantain can grow and spread all over your garden between June and September.

These weeds thrive in either moist soil or highly compacted soil with an alkaline pH level. Simply mowing the broadleaf plantain at a low height won’t work against them due to their thick root systems.

If you don’t mow, however, the seed head could eventually surpass six inches in length. The best option is to use either a synthetic or a natural herbicide.

Next, the Canadian thistle can provide color to your garden with its slightly pink and purple flowers. However, the problem is that the spiny leaves can lead to irritation upon contact.

Worse, stepping on the leaves of Canadian thistles is a painful task. If you don’t take care of it, the Canadian thistle will quickly spread and grow to four feet long or more.

Using a natural or synthetic herbicide will do the trick, but you can also just remove them by hand. Just remember to also pull out the roots to stop the Canadian thistle from growing again.

Third, dandelions as one of the most common broadleaf weeds found in North America can pose the threat. Once spring arrives, you’ll easily notice them with their strikingly yellow appearance.

Some homeowners don’t treat them as a weed, but many others do because of how fast they can spread. After all, dandelion seeds can be propagated through mowing, foot traffic, and strong winds.

They will compete with your crops for nutrients. To remove them, pull them up and ensure that all the roots are taken out of the soil.

Also read: How to Kill Thistle In Your Garden 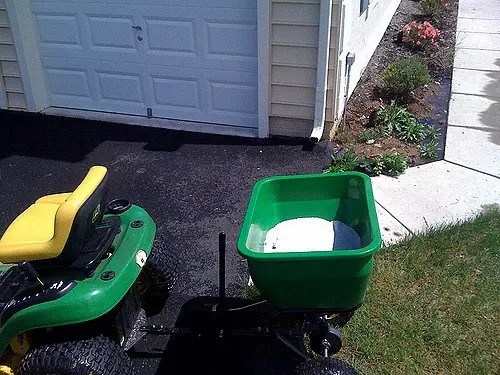 Your garden in early spring won’t look particularly good as the plants shift from their dormant period to active growth. Thus, it’s common to see them drenched in water and with brown leaves. However, we do not recommend a fertilizer application in early spring.

Fertilizing at this stage of spring will speed up the growth of leaves, but it will affect root growth. Moreover, the plant will consume the carbohydrate reserves for the wrong reasons.

These reserves should be utilized only for resisting plant disease and establishing the roots deep in the soil.

If the roots grow at a shallow point, the plants will become vulnerable to drought in the summer. Ideally, you should just let your plants establish their root systems first.

If you do notice the proliferation of weeds in early spring, you may opt to apply herbicide. However, use it only on the affected areas and you should supplement it with a bit of fertilizer to offset its harmful effects.

Use a Slow-Release Fertilizer

Another reason to avoid early spring fertilizing is to avoid giving them too much nutrients. This is most likely to happen if you used a slow-release fertilizer back in fall.

In the latter half of spring, you can finally use a 20-5-10 fertilizer mix. Do not use more than the recommended rate to avoid from fertilizer burn. In fact, using just half of what is recommended on the package might be better to avoid applying too much.

The application of a slow-release nitrogen fertilizer in late spring just before the onset of the summer season will support optimal plant growth.

In particular, this allows the plants to create enough energy reserves for use in the summer. Once summer arrives, these reserves will help your plants to survive high foot traffic and hot temperatures.

Spring is a fantastic period for transplanting daylilies. This allows the plants to adapt to any extreme temperatures that may arrive after several weeks.

Homeowners who reside in areas with harsh winter seasons should transplant the daylilies in spring instead of fall. Daylilies with beautiful orange flowers should be transplanted once every two or so years.

They can proliferate quickly, so transplanting will ensure no overcrowding. Otherwise, your daylilies will compete with each other for nutrients. When you do transplant some of them, remember not to damage the fans and the roots.

Apart from daylilies, roses should also be transplanted in spring. Homeowners residing in warm regions might prefer fall, but those in colder regions are better off doing it in early spring.

During fall, the roses are in their dormant stage. Transplanting them when they are actively growing will be bad as they are very sensitive to shock. However, you must first let the late spring frost arrive before you transplant the rose bushes.

In addition, the soil must have already warmed up from the cold and wet winter. The garden bed or the planting hole must be prepared in advance.

For one, soil needs to be rich in organic matter, which can be achieved through composting. Moreover, the planting hole must have a depth of at least 15 inches and a width of about 12 inches.

Finally, you can also transplant peonies in spring. Their blooms in the first year might not be impressive, but they eventually improve. You need to water them well two days before transplanting.

Otherwise, the stress of being moved could be too much. Use a spade to safely and efficiently remove the peonies from their original location.

During its first year of being transplanted, the peonies need an inch of water and a three-inch layer of mulch. The new location of the peonies must have well-draining and fertile soil.

Likewise, the area should be exposed to the sun to provide the plants with at a minimum of six hours of sunlight.

In conclusion, there are many gardening tasks to conduct in spring. This is a period when certain weeds and pests can spread and damage your garden.

On the other hand, spring is also a time for pruning, transplanting, and applying fertilizer. If you take all of this into account, you’ll surely have a healthy spring garden that’s also ready to face the approaching summer season.

If you have any queries, feel free to give us a comment.

How to Make a Wildlife Garden