What Do Worms Eat? | Worm Composting Do’s and Don’ts

Whether you’re thinking of starting a worm farm, or just wondering what makes these underground soil architects tick, we’ve got everything you need to know about what do worms eat.

From decaying vegetation to smaller insects, worms will eat anything in their path provided it doesn’t put up a fight. There are, however, a few essential ingredients to add to any worm banquet at home, that keep your worm farm happy and healthy. 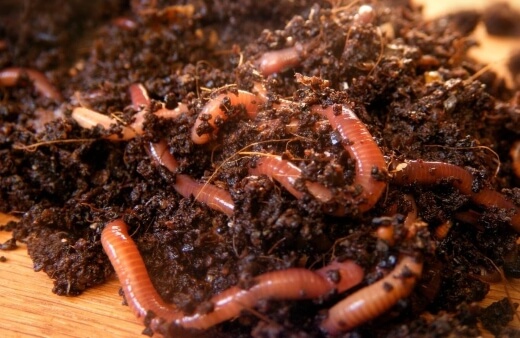 Worms, or annelids, are a wide-ranging family of genera, species and subspecies that includes everything from common earthworms, to nematodes.

There is vast variation between different species and genera of worms, but they all have one thing in common; a hydrostatic skeleton. When you include nematodes in the worm family, worms outnumber humans 100 billion to one.

The common earthworm outnumbers humans by around 50 billion to one. In every cubic meter of garden soil there are around 150 earthworms and an equal number of nematodes.

The hydrostatic skeleton of worms is a flexible skeleton filled with fluids that acts similarly to flesh. Because worms are eating to sustain a water-filled body they require plenty of moisture to survive.

Feeding them fresh greens and trying to avoid prolonged droughts by saving rainwater in water butts can help maintain worm populations in garden soil even in dry periods.

What are Worm Castings?

Worm castings are the nutrient-rich excretions of earthworms, red worms, and most common garden worms. When decaying vegetation passes through their bodies, most of the moisture is absorbed, and nitrogen passes through, creating rich compost.

On dry ground, or clear soil you will often see mounds of spaghetti-like soil which are the castings excreted by worms digging through to the surface of the soil, leaving surface vegetation behind them once it has passed through them.

What Do Worms Eat in Nature

In nature, worms will eat pretty much anything they can, from decaying animals and smaller insects to soil and fallen vegetation.

How Do Worms Benefit Soil?

If you have particularly poor soil in your garden, planting deciduous trees and hedges will encourage worms to dig fallen leaves down into the soil in the fall and winter. This helps to open up soil structures and add nutrients deeper into the ground.

Worms will work most mulches into the soil over around six months from fall to spring, leaving indigestible materials behind.

What to Feed Worms in Worm Farms/Compost bins 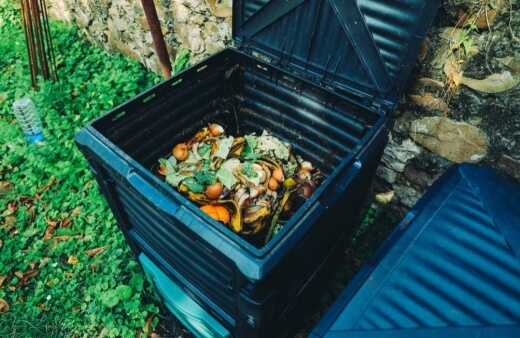 Worms will eat anything that has started to decay. That can be uncooked meat, bones, hair, egg shells, fruit, peel, compost, tea leaves, grass cuttings, and even newspaper.

However, uncooked meat and bones can attract vermin, so if you want to add them to your worm farm, make sure to buy a farm that has a secure lid and sides that can’t be chewed through.

The best things (worm food) to add to worm farms are:

Vacuum cleaner dust might sound a bit bonkers, but it’s made up of 90% decaying skin and hair that falls onto the carpet. The dry waste helps to aerate your worm farm and slow down the growth of mold.

Whether you want to build your own worm farm or looking to purchase one ready to use, refer to this guide for everything you need to know.

How to Feed Worms

There are three basic rules for feeding a worm farm. The first, and potentially most obvious, is to cut scraps as small as possible. 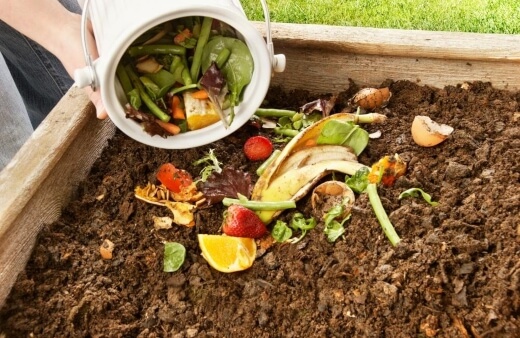 Chopping vegetable scraps, crushing egg shells, or tearing paper speeds up the breakdown process, and increases the surface area for worms and bacteria to begin decay.

The second is to feed everything at room temperature. Hot or cold food can harm your worms, and they will steer clear of any food that is near freezing leaving it to defrost and create excessive moisture.

Thirdly, and most importantly, feed a mix of brown and green waste. Feeding purely green waste creates wet, nitrogen-rich liquid feed, but can create an environment starved of oxygen.

When to Feed Worm Farms

The temptation when feeding worm farms is to fill them up as quickly as possible but think about the natural process of decomposition. If you drop dry leaves on the soil in fall, one worm can digest two leaves per night.

A worm farm, packed with worms, can break down about 500g of organic materials in 1-2 weeks, so avoid adding more than a few handfuls per week.

Do not leave worm farms without fresh food for longer than two weeks. Worms in the soil have a fresh supply of insects, dead invertebrates, and rotting roots from annual plants that finish flowering.

In worm farms, they have limited access to other lifeforms and rely solely on the food you give them. Adding a 1” layer of grass clippings once a month also gives them bedding, where they can rest, as well as breaking down easily accessible food.

What Not to Feed Worms

Now that you know what do earthworms eat, it is also essential to know what to avoid. Do not feed worms with highly acidic food, like citrus, and avoid limey or alkaline materials like ash or lime.

Don’t add oils, fats, or cooked food to worm farms. They create an anaerobic environment where water stands and stagnates, and worms will not be able to move freely.

These foods can also attract vermin, which will dig through and eat your worms as well as the fatty foods. 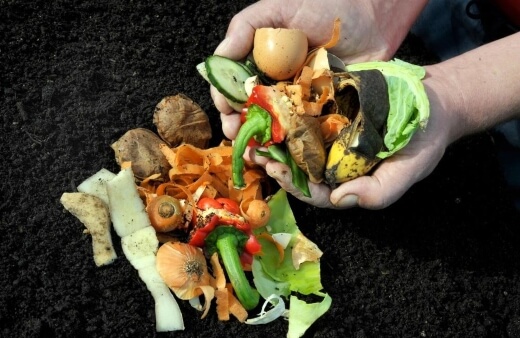 Worms need a mix of green and brown organic matter, so feed them a mix of salad leaves and damp newspaper to maintain a healthy worm farm.

To give worms for composting a treat, add a layer of grass clippings once a month. Grass breaks down easily, and provides perfect bedding, as well as food.

Apart from using grass clippings for composting, you can also use them as mulch. Click here to find out how.

Worms take in moisture with their food but do not drink in a typical way. Worms breathe through their skin rather than lungs, and water is evenly distributed around the body, carrying oxygen around their body.

Do worms live when cut in half?

Contrary to popular belief, worms do not become two worms after being cut in two. The front half of the worm (before the clitellum, which contains the reproductive parts) hosts most of the worm’s essential organs.

Worms can regenerate their tails, so half the worm may live.

Now You Know What Do Worms Eat

Worms are fascinating creatures that do immeasurable good for our soil. Taking care of worms means taking care of your garden, whether that’s in a self-contained worm farm, or by leaving leaf litter on the ground over winter.

Worms will eat pretty much anything they can find, as long as it’s not harmful to them, making them nature's greatest recycler. Now you know what do worms eat and more importantly, what foods to avoid.

About the Author Pat Moreno

Pat is our gardening tool expert here at Sumo Gardener. Working for many years as a private and commercial landscaper, Pat has used almost every type of gardening tool there is. Along with a vast knowledge for types of plants and putting together an amazing looking and maintainable garden, Pat developed a passion for gardening tools as he found that using the right tools vastly improved the ease and outcome of any landscaping job he undertook. When spending hours, days or years using a particular tool, you want to make sure you’ve got the best one for the job, and Pat is the right guy to guide us to the best gardening tools.

What Do Worms Eat for Composting and Their Benefits

Maggots in Compost? Good or Bad? What you need to know